COCOA BEACH, Florida – A great white shark weighing over 1,600 pounds that was tagged with a radio transponder has had its latest ping location off of Cocoa Beach, Florida on February 11, 2018.

The 12-foot, 5-inch great white shark (Carcharodon carcharias), named Miss Costa, that was tagged off  of Nantucket, Massachusetts in 2016, has quickly been making her way southward along Florida’s east coast.

The great white shark was just off the Florida Keys as late as February 5, 2018, but then swam over 200 miles north to Florida’s Space Coast in less than a week. 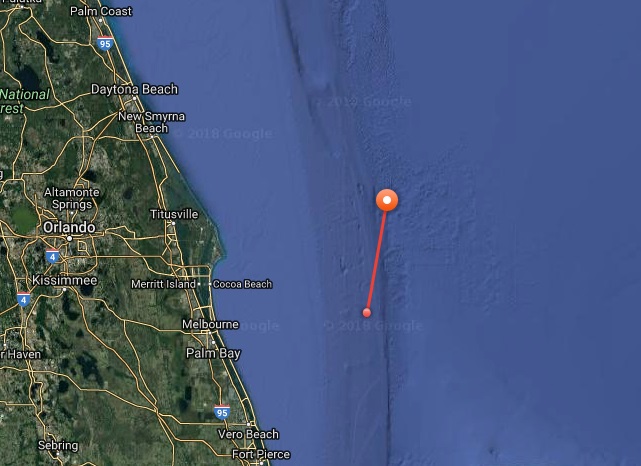 The great white shark population has been growing along the U.S. East Coast, according to a study by NOAA Fisheries.

The study also found that great white sharks occur primarily between Massachusetts and New Jersey during the summer, off Florida during winter, and with a broad distribution along the U.S. East Coast during spring and fall.

Female great white sharks are believed to be mature when they are about 13-14 feet and can reach sizes up to about 21 feet in length.